“Erwin Chemerinsky is one of the most prominent constitutional scholars in the country with a long commitment to representing the most vulnerable people in our society. He has long been committed to the issues Innocence Matters works on and will be an invaluable resource in our work,” said Paul Hoffman, the Board Chair of Innocence Matters.

Dean Chemerinsky’s areas of expertise are constitutional law, federal practice, civil rights and civil liberties, and appellate litigation. He is the author of eight books, including The Case against the Supreme Court published in 2014, and more than 200 articles in top law reviews. He frequently argues cases before the nation’s highest courts, including the United States Supreme Court, and also serves as a commentator on legal issues for national and local media. He writes a weekly column for the Orange County Register, monthly columns for the ABA Journal and the Daily Journal, and frequent op-eds in newspapers across the country. In January 2014, National Jurist magazine named Dean Chemerinsky as the most influential person in legal education in the United States.

3 thoughts on “Chemerinsky to Serve on Innocence Matters Advisory Council” 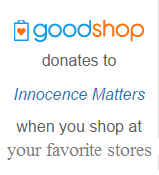